At the Professional Education Institute, we truly believe the sky is the limit. We strategically focus our resources on providing our customers with a complete educational experience from customized coaching programs to cutting edge technology that will prove to be the formula for success.

To make lasting change in one’s life, ongoing help and support is invaluable. The Professional Education Institute (PEI) specializes in delivering that help and support for customers worldwide. By leveraging technology without sacrificing the human element, PEI builds interactive education programs that focus on self-improvement. As a result, our customers’ experience culminates in unparalleled satisfaction rates. PEI’s continuous commitment to providing quality education programs has resulted in an over 90% Customer Satisfaction Score.

Regardless of how or where customers are looking to improve their lives, PEI provides solutions for people to achieve their personal, financial, and self-improvement goals.

Thank you for visiting the Professional Education Institute. I invite you to browse our site and see for yourself how PEI inspires millions of individuals to pursue their dreams of a better life.

To be a trusted source—understanding and responding to customer needs with expanded product and service offerings that provide true Customer Lifetime Value by focusing on our customer's desires to meet their personal goals.

To provide consumers with high quality interactive education and training programs designed to motivate them to achieve their personal, financial, and self-improvement goals. 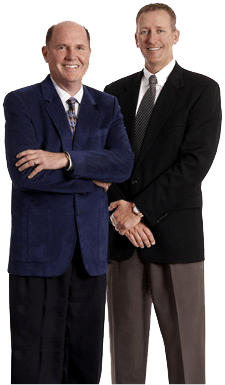 Celebrating over 25 Years of Success in the Direct Response Industry

The Professional Education Institute® (PEI) is a division of AMS Direct, founded in 1983, and built by two principals: Mark Holecek and Don Strumillo. With respective backgrounds in accounting and law, they launched the company with a primary product authored by Carleton H. Sheets, titled How to Buy Your First Home or Investment Property With No Down Payment®. The course—adapted from the popular seminar series—teaches individuals how to invest in real estate using creative financing techniques. It was, and continues to be, widely praised for its practical and specific how-to content.

The course was initially marketed to a national audience through 60-second television and radio spots, print ads, and direct mail.

In 1984, with the deregulation of television commercial time, the infomercial format was born, allowing for an unprecedented information flow to consumers. The Carleton H. Sheets® real estate course was a perfect product for this new format.

AMS Direct produced the first Carleton H. Sheets infomercial featuring the No Down Payment® real estate course in 1984. The program successfully ran for many years on national television, winning it the title of "longest continuous running infomercial in history."

A 30-year history in the Direct Response Industry allows Mr. Holecek to bring a seasoned perspective to the business of The Professional Education Institute.

As co-founder of The Professional Education Institute, he pioneered the "long-form" direct response television business, guiding the company through dynamic growth, and to its current position as one of the most successful organizations in the industry.

Mr. Holecek is a CPA. He received a degree in Engineering and a graduate degree in Business from the University of Illinois at Champaign-Urbana.

Since the company's inception in 1983, Mr. Strumillo has provided the creative vision behind the longest running infomercial product on television, the Carleton Sheets® No Down Payment® real estate course.

Co-founder of The Professional Education Institute and its various subsidiaries, he was the primary producer for all of the company's many other long- and short-form programming. He was a 1998 recipient of Response TV Magazine's "25 Most Innovative People in DRTV" Award.

A graduate of Quincy College and the Notre Dame Law School, Mr. Strumillo began his professional career as a real estate attorney, and has spent the balance of his career at The Professional Education Institute.

With the company since 1995, Mr. Hussey has provided the leadership and vision behind expanding PEI from a consumer products “infomercial company” to an education and training company with a diverse portfolio of high profile partners. Under his direction, PEI acquired The Hume Group, Franklin Covey Coaching and both launched and sold MoneyMasters.com—an online Registered Investment Advisory (R.I.A.) company.

Mike attended the United States Military Academy at West Point and St. John’s University in Collegeville, Minnesota, where he graduated with a Bachelor of Science degree in Business Administration. Prior to joining PEI, Mike worked for Fingerhut and Deluxe Check. He also launched business units for Nordic Track and Life Fitness.

Mr. Sinnes’ 30+ years of Direct Response Marketing experience and sense of entrepreneurialism has helped drive PEI’s rapid growth and made him a valuable member of our PEI Executive team.

Interactive education programs fulfilled by The Professional Education Institute are affiliated with the following reputable organizations:

Build a career at PEI. Join our team today!

Be a part of a proven Sales team that helps individuals worldwide.

We are looking for experienced sale professionals.

If you would thrive in a culture that offers the perfect balance of a challenging and rewarding workplace environment where you can contribute to the unique vision and mission of the Professional Education Institute, then you’ve come to the right place!