Knowing that the appeal of The Biggest Loser® wasn’t limited solely to weight loss, but in seeing people begin a new chapter of their lives, PEI developed the Biggest Loser® Coach Network™ program for NBCUniversal.  Created to help individuals take charge of their own weight loss goals, The Biggest Loser Coach Network also helps individuals break self-defeating habits, set goals, and develop more self-confidence.  From the comfort of their own home, customers learn how to start living a healthier lifestyle and make meaningful change in their lives.  By helping people recognize behaviors that have held them back and developing the discipline to achieve their goals, The Biggest Loser Coach Network positively impacts all areas of a person’s life.  Included in this program are unlimited live phone and online access to certified Biggest Loser Coaches, as well as an orientation session to help members take the first step.  In addition, customers receive exclusive access to a members-only website with a customizable Goal Tracker tool and the Biggest Loser Personal Success Course.

A Word from a Coach

“The popularity of The Biggest Loser show has helped to raise awareness and combat the obesity epidemic. We see more and more people seeking to live a healthy life, and as Coaches, we help them pinpoint the obstacles they may have faced in the past to achieve their weight loss goals.” 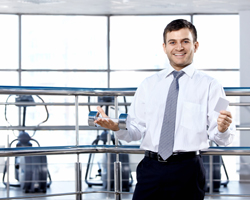